In 1696 the Act for Settling of Schools was passed, stating that a school, a schoolmaster and a schoolhouse were to be provided for every parish that did not already have one. Penpont and Glencairn had schools before then, but maybe there was not one at Tynron.

However, there was a school in Tynron by 1703, when the minister, Riddell, and kirk-session were “satisfied with the conversation (behaviour), fidelity and diligence of their schoolmaster”. We know of schoolmasters appointed 1721-1745, but some did not stay long, as things did not always run smoothly. The schoolmaster was appointed on a salary of £22 per annum by the church to instruct in the principles of the Christian religion, to teach to read and write well, to cast accounts, to sing psalms at church and in private families and to teach any other parts of learning as were thought proper. Tynron’s peasantry were as well educated as any in the world.

Things improved further in 1754 when the Society for Propagating Christian Knowledge in Scotland was bequeathed £1,500 by John Gibson, a former Tynronian. The endowed school was erected by the Duke of Queensberry in Tynron village in 1765 and consisted of a large schoolroom (Tynron’s main meeting-place in the nineteenth century) and two-storey accommodation for the teacher. 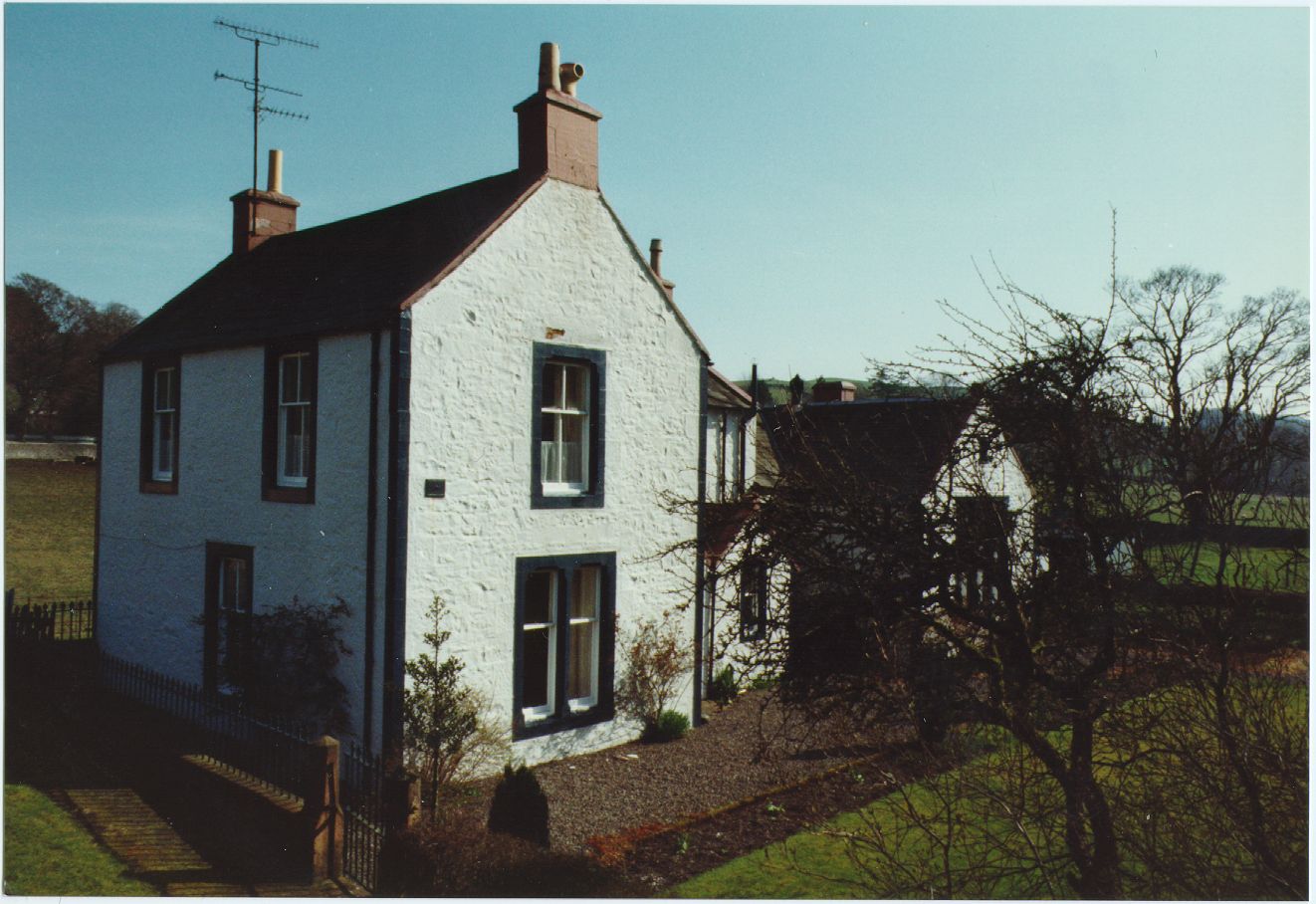 The endowed school in the village 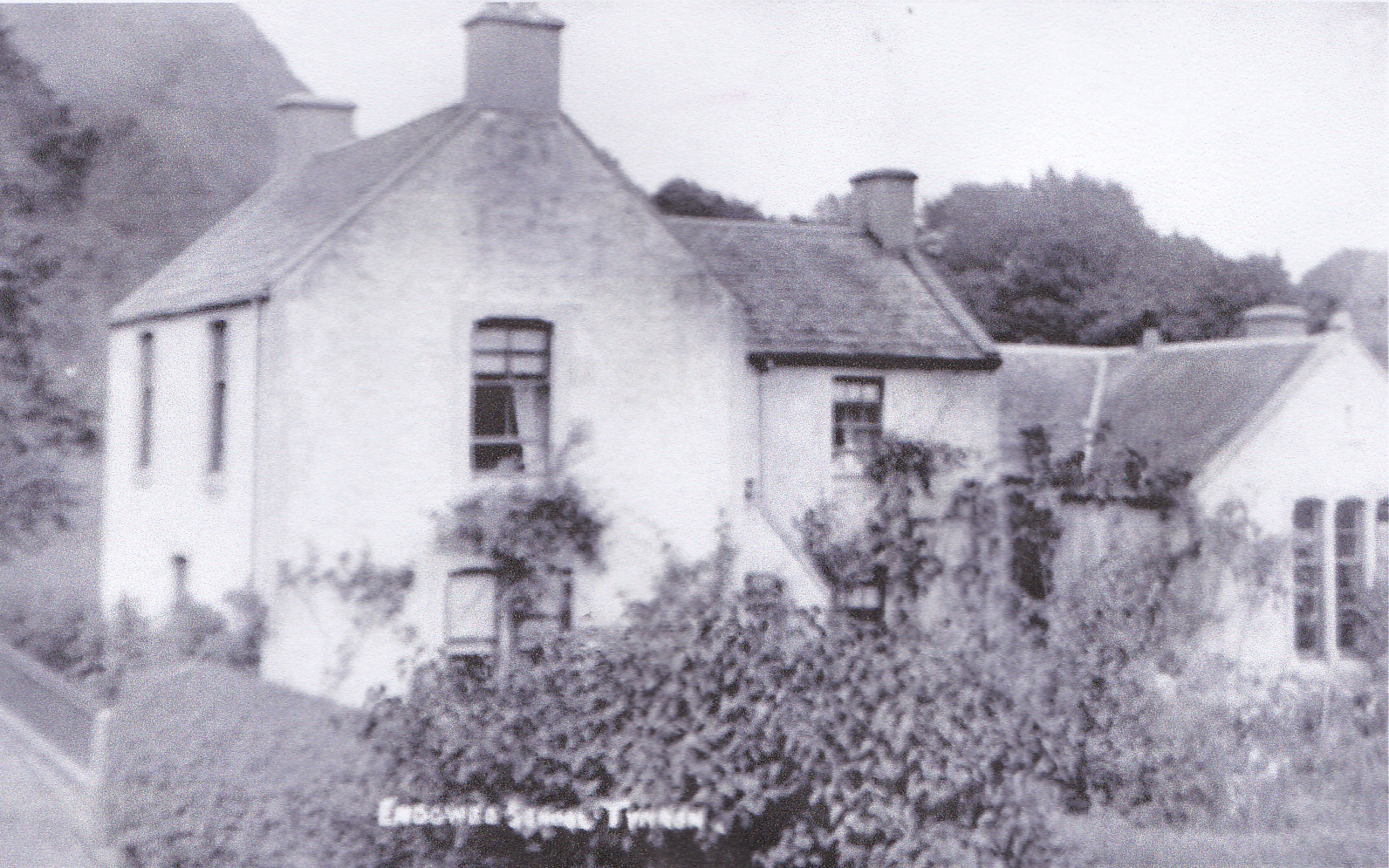 Gibson’s bequest was unusual, as it was also to help the poor. £13 per annum was given between 12 needy people, each getting 10 shillings cash and 10 shillings worth of flax. The remaining £1 was to be split between the four or five who had made best use of the flax. Thus was industry encouraged. Gibson’s help also meant that scholars could be sent on to university, even if from a poor family. I wonder what has happened to the money now? It must be still around somewhere.

The parish school up the glen at the house now called Glendow was opened some years later. It is first mentioned in 1786 in the Wilson Papers, then in 1789 in the parish registers when the schoolmaster, John Watson and Mary Seaton produced Mary, the first of enough children to populate the school themselves! 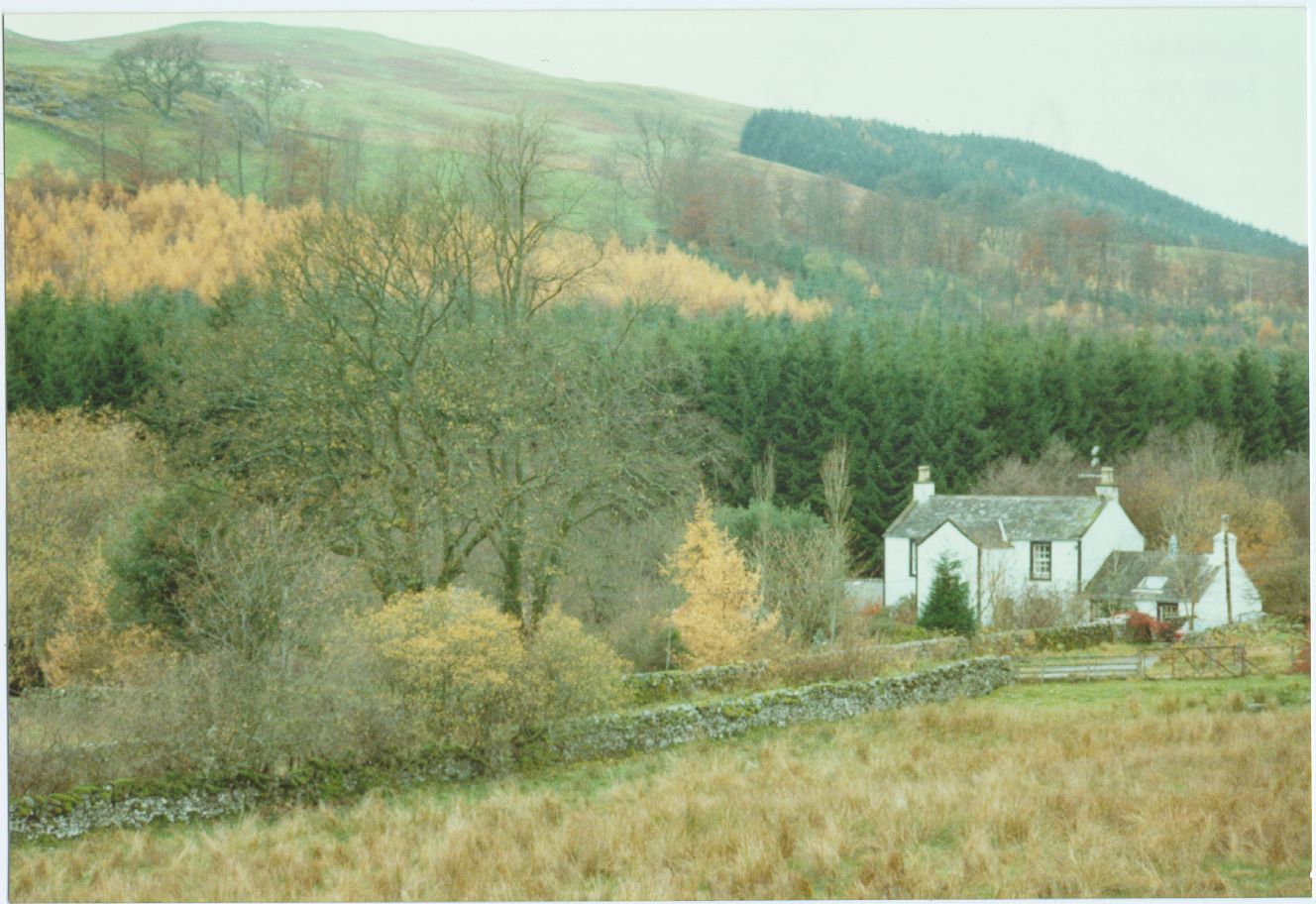 Religion, Latin, Greek, Writing and Arithmetic were taught. The schools taught in English and proved the final death knell for Gaelic, previously accelerated by the 1707 Act of Union. The last Gaelic speaker in Tynron may have died in the early eighteenth century. By 1893 attendances had fallen in line with the population to 36 at the endowed school and 18 at the parish school.

The Education (Scotland) Act 1872 meant that school boards were appointed. In 1991 we went through the same process again, but unlike nowadays, there was no problem filling the places on the board. The first board was:

They set the salary and fees, they organised repairs and even set the timetable. The salary then was £82 plus the sewing mistress (I am not sure I have written that correctly!). The whole of the school’s money went to the teacher’s salary, so the teacher was left to provide for school expenses out of his salary in any way he pleased.

James Shaw was always present at these meetings, pressing for improvements, although not a member of the board! The minutes of the meetings at both schools 1872-1919 are all available at the Ewart Library and they make fascinating reading.

Attendance was not always regular. On 9th October 1874 the school was hit by “potato raising” and the school closed in the afternoon. The turnip hoeing was another slack time at school in late June or early July. Older boys especially were often off school through helping with farm work. Laurie then had to suffer the “big boys” coming back en masse at slack periods on the farms.

On 25th December 1874 snow was lying thickly on the ground with intense frost. Children were suffering from chilled feet and hands, relieved by a little extra drill! The work of the school was rather slack, but mental arithmetic, to which special importance was attached, made good progress. A present of oranges from the Minister of the Parish was sent in this morning and joyfully accepted. The school was closed in the afternoon. Well, it was Christmas Day! A Christmas tradition was for the children to give the schoolmaster a present in return for a week’s holiday. The teacher gave all the children an orange and the heritors often brought them some fruit or chocolate.

In 1880 there were 55 children on the roll, so many that the schoolroom was overcrowded, when all the children were present. The heritors provided the money at once to build the addition to the schoolroom. In 1884 there was a “Compulsory Officer”, but children were still kept off for trivial excuses. So much so that Laurie wrote “many absentees yet. Believe the School Board has a Compulsory Officer somewhere”.

Attendances were below twenty by 1918 and the endowed school was finally closed in 1939. The final sad entry in the book, dated 1st May 1939 is “School closed today. Pupils transferred to Penpont“. There were only eight children involved.

The glen school remained open until about 1958 when there were 10 or 12 pupils, though between 1951 and 1956 there were never more than 5 pupils. How interesting and ironic that there are many more children in Tynron Glen in the 1980s and 90s. Two minibuses are needed to take children to Penpont Primary and Wallace Hall Academy, where my own children were very well educated.

Find out more by reading James Hunter (1773-1850): The Schoolmaster of Tynron: By His Fourth Great Nephew, Michael T Tracy, printed in 2017. He taught at the endowed school in the village before John Laurie.