The first census of the parish was taken by Alexander Webster in 1755, as things were improving in Tynron:

1811 574 Culmination of Improvements and farming expansion.

It is interesting that Tynron was one of only two parishes in Dumfriesshire showing a population reduction 1801-31. Glencairn increased by 665 and Penpont by 266 in that same period.

1971 166 Forestry taking up agricultural land, but providing few, if any, jobs.

1991 estimated 140 folk in Tynron Glen, the lowest population of any parish in Dumfriesshire. Can this figure get any lower? There are few jobs locally, but as Tynron is a desirable place of residence, surely numbers cannot drop further?

These figures include the part of the parish up the Scaur, but not the part of the Shinnel Glen in Keir parish. The total population of Tynron Glen has always been therefore slightly less than the figures above.

In 1801 there were 101 inhabited houses and 5 uninhabited. 336 people were employed in agriculture, 27 in trade, manufacture or handicraft. 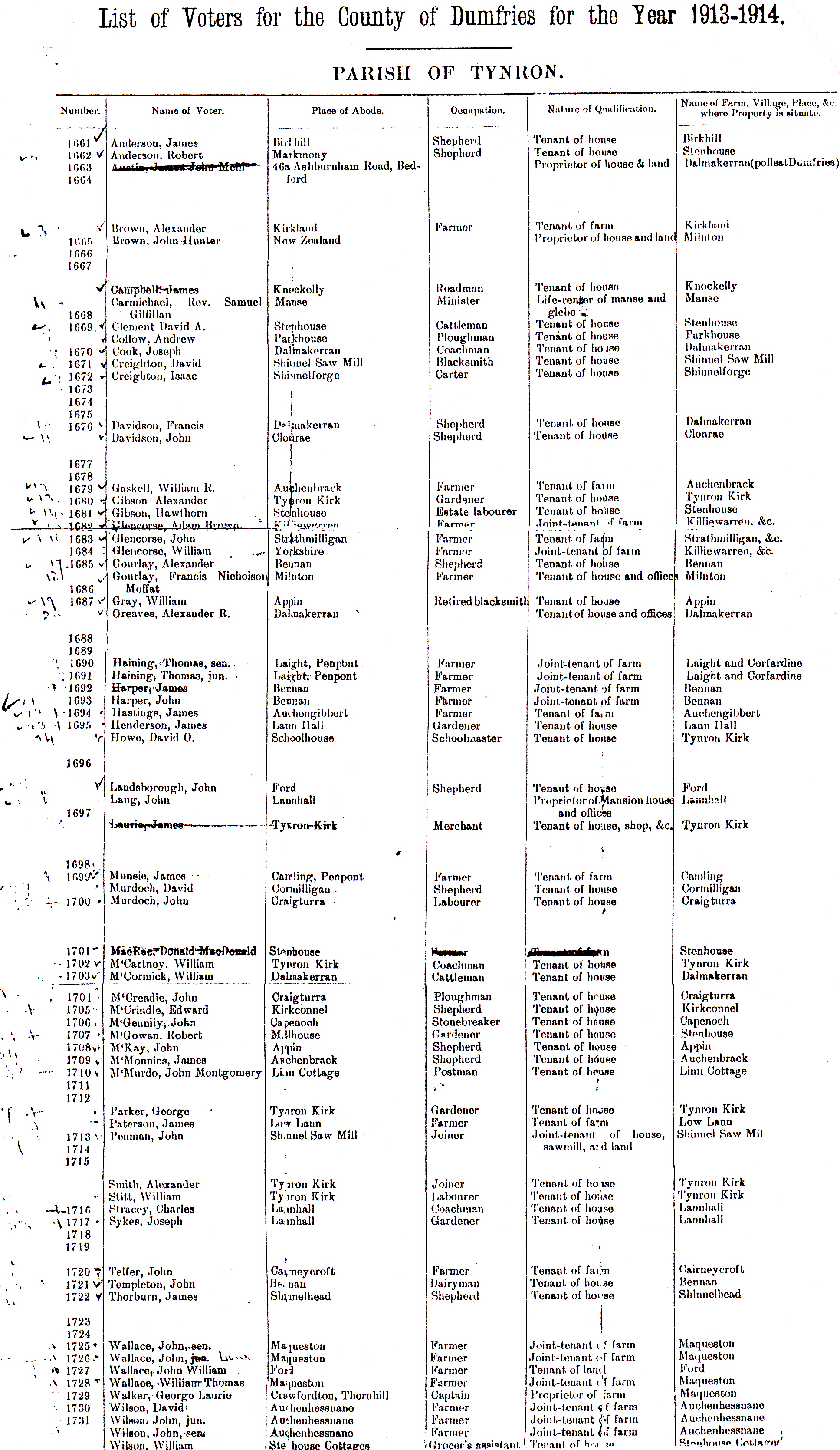 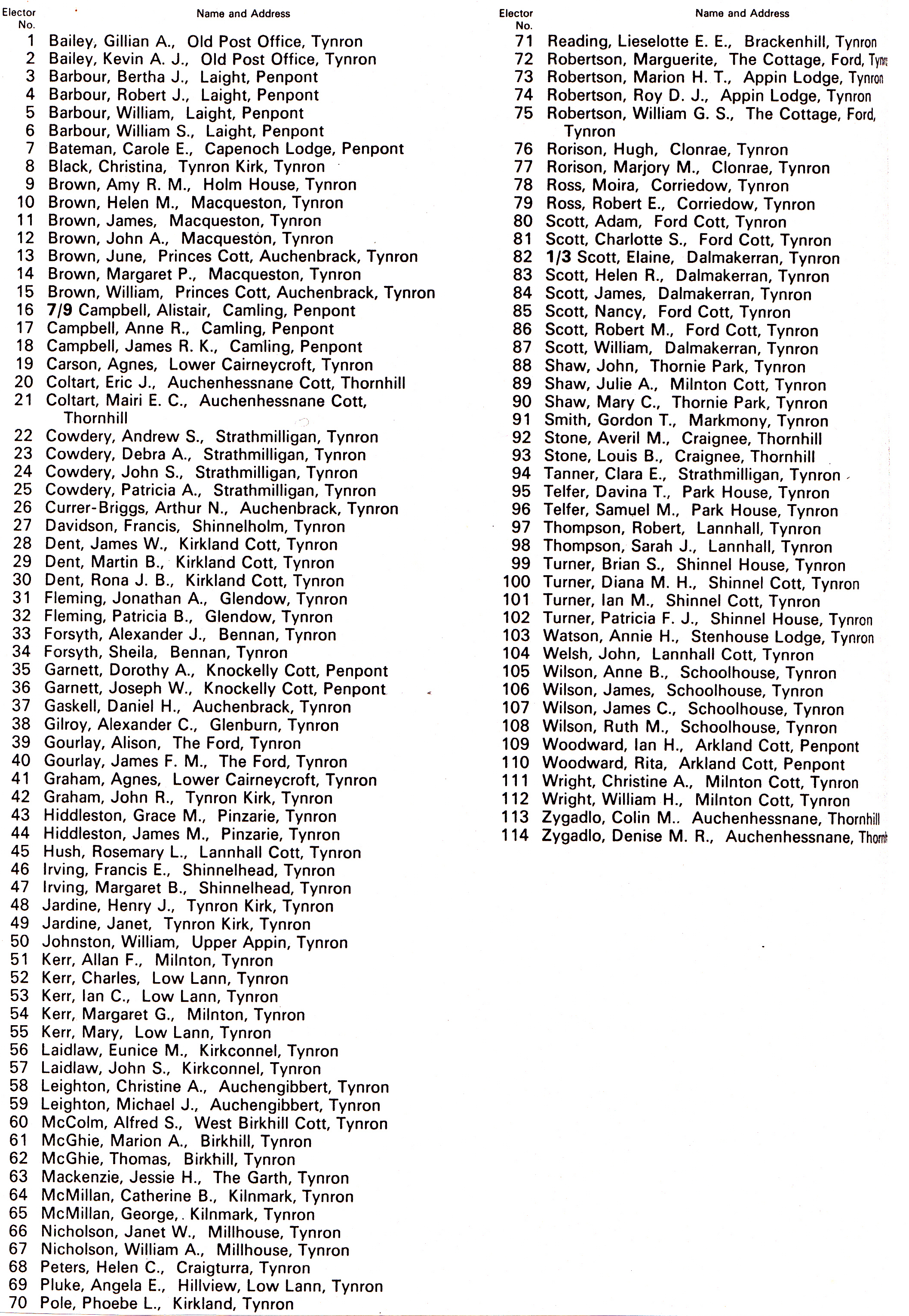