Most of the year the glen receives air from across the North Atlantic, the most common directions being from between south and south-west. This is moist maritime air and brings us more than our fair share of precipitation.

Air from over the North Atlantic Drift has the miraculous effect of keeping the glen 17°C warmer in winter than average for our latitude and only about 1°C cooler in summer. It leads to comparatively little difference between winter and summer temperatures. An extreme example was in 1984, when the highest temperatures on 23 June and 23 December were identical at 11°C. Both days were cool and damp, showing that the midsummer can be no warmer than a mild wet day just before Christmas. Contrary to much adverse publicity, average winter temperatures of about 3°C in the glen are hardly any colder than those of South-East England.

Actual figures are hard to come by, so I am using figures for Eskdalemuir, which, I suppose, would be similar to those of Shinnelhead. However, the weather down at Tynron village or by the Scaur Bridge at the bottom of the glen is so often vastly different from that at Shinnelhead. Eskdalemuir has a mean January temperature of 1.9°C and 112 nights with ground frost. July temperatures at Eskdalemuir average 13.3°C. It is in summer that we envy temperatures down in England, though we can always say it is too hot down there.

Precipitation increases with altitude up the glen. Scaur Bridge gets about 1,300mm annually and Colt Hill, not very far away, gets 2,100mm, but annual totals are very variable. Eskdalemuir averages 1,130 hours of rainfall per year, with over 70% days having complete cloud cover at 0900. December is commonly the wettest month and May most likely to be driest.

Eskdalemuir averages 50 days with snow or sleet falling and 24 days of snow lying. Some years there is very little snow lying in Tynron Glen, except on the tops, 1988-9 and 1989-90 being examples, which were very mild. In other years patches survive through from January to April. 1995 brought a proper white Christmas with 15 centimetres of snow falling on Christmas Eve, followed by a severe spell up to New Year, when the temperature plummeted to minus 16°C and did not rise above minus 8°C for four days. Naturally the New Year brought the usual wet and mild weather with temperatures well above zero. The 5th and 6th of February 1996 brought record snowfalls of 50 cm with another 15 cm on the 9th. 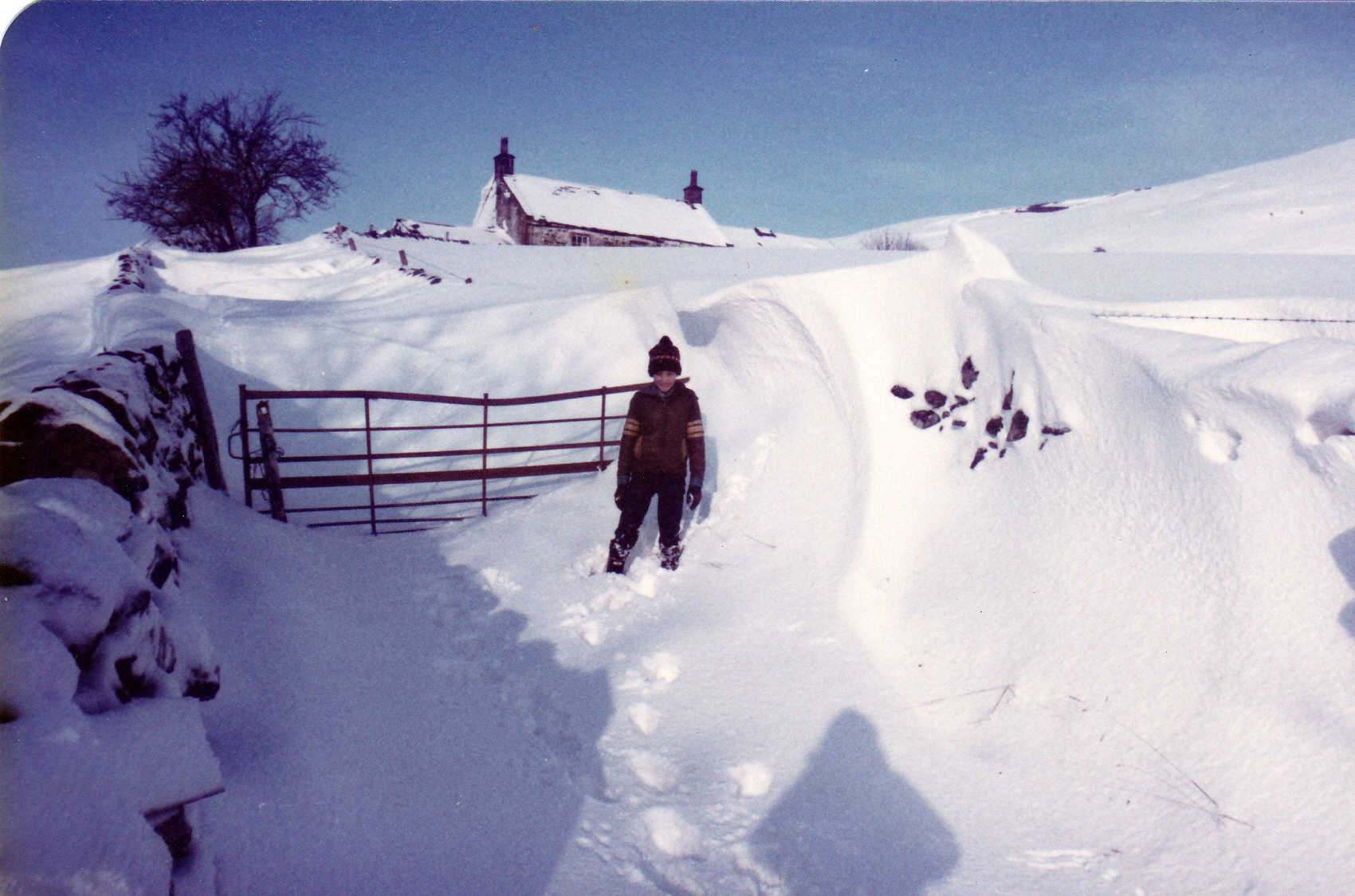 A bit of snow at Craigencoon with Jim Shaw Jan 1984

Shinnel Glen can hardly claim to be an exceptionally sunny spot. Eskdalemuir averages just 1.4 hours of sunshine a day in January and 5.6 in June. January 1996 was the dullest on record with a total of just nine hours.

Some summers can be wonderfully hot. 1976, 1982, 1983 and 1984 were warm and dry. In 1991 even August was fine, though it is usually a disappointing month. I remember climbing up the hills in the summer of 1984 and thinking that the glen looked like nothing less than a desert, with barely any green to be seen following a drought. 1995 has brought the hottest summer this century, with temperatures hitting a record 32°C on 31 July and reaching 30°C on several days.

Yes, the great thing about Tynron’s weather is its unpredictability. I remember one day in 1987 when the glen road was awash with floodwater and gravel, so that parts were washed away or blocked. The water at the glen road end was at bum level in my car. There are often problems with the stream from Kirkland, which overflows down Tynron High Street, despite much time and money being spent. In 1899 the Post Office and shop were flooded following torrential rain. From Christmas 1990 to early January 1991 the floods were out everywhere.